In recent years QIPCO has made a significant investment in the sport of horseracing, as sponsors, owners and breeders. Among the company’s wide range of interests is a global racing and breeding operation, based in Great Britain.

In 2014 QIPCO became the first commercial partner to be associated with Royal Ascot, the following year QIPCO announced a ten-year extension to their partnership with Ascot Racecourse ensuring that they remain an official partner until 2024.

Also included in the sponsorship portfolio is the QIPCO Guineas Festival at Newmarket, the QIPCO Prix du Jockey Club at Chantilly in France, the QIPCO Irish Champion Stakes at Leopardstown and the Goffs London Sale. 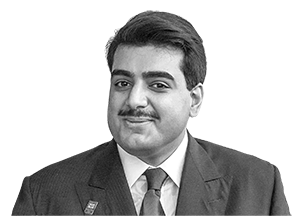 “As a privately run commercial enterprise, we are proud to have made a long-term commitment to the sport of horseracing, securing our association with world renowned events such as Royal Ascot and British Champions Day.

Our sponsorship portfolio not only brings benefits to our bloodstock operation but it has also significantly raised QIPCO’s international profile.”